When I met with Sharon and Greg at the beginning of this year to discuss their wedding coverage, they presented to me a photography challenge. Sharon wanted two key elements at her wedding. The first one was getting married using the very same dress worn by her mom back in South Africa 30 years ago, which supposed a challenge for her not for me ;) The second one was that her photographer, i.e. me, had to replicate two important photos of her mom and dad’s wedding. That was my photography challenge!

In our first meeting, Sharon opened her mother’s wedding album and pointed out the first picture to replicate. It was a photo of the wedding party at the top of park  in Johannesburg. The photo was taken during the summer, and showed a big flight of stairs with lion statues in every turn of the stairs.   So the challenge was to find a similar scene in Vancouver, with lion statues and a panoramic view of the city. We initially considered the Lions Gate bridge, but traffic and logistics made it too complicated and even risky. As the wedding was taking place in the West End and the ceremony at Stanley Park, it seemed obvious that the lions at the Vancouver Art Gallery could be the best proxy to recreate the photo. We would not have the city at the back, but at least the dress and the lions would be there!

Sharon’s parents wedding in South Africa back then

Their wedding took place in April in a beautiful yet windy spring afternoon. After many attempts to fight the wind, we managed to take some pictures that resembled Sharon’s parents wedding 30 years ago :).  I processed them in black and white so they have the same vintage/retro look. 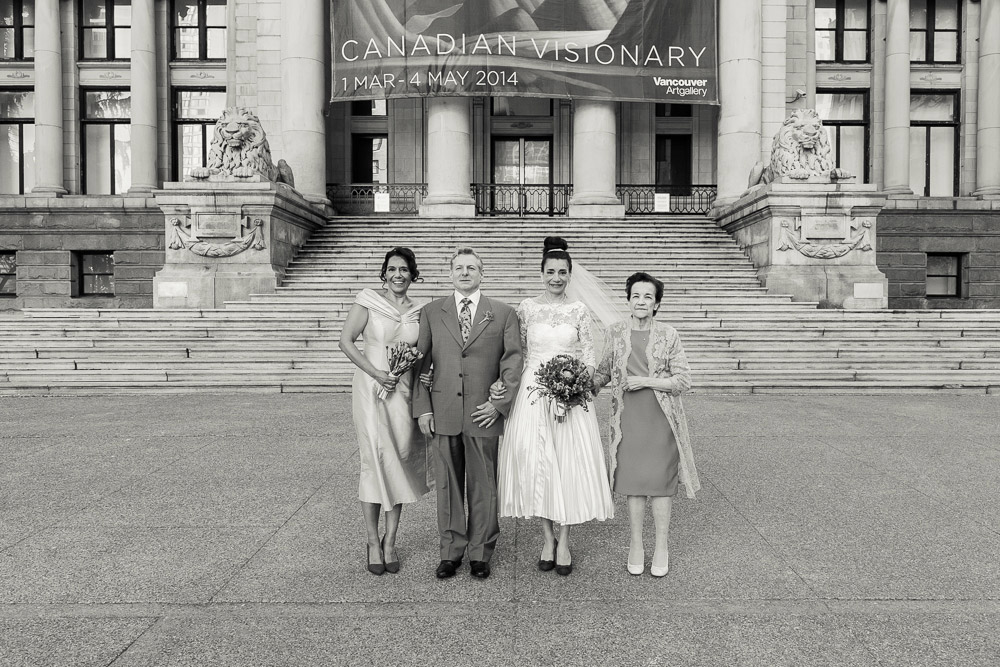 The second photo was all about the dress! Sharon confessed she grew up looking at one particular picture of her mother’s wedding. This picture had her mom showing off her dress, widely spread on a garden with hydrangeas at the back. She dreamed of having a very similar photo at her wedding, so this was my photography challenge number two! 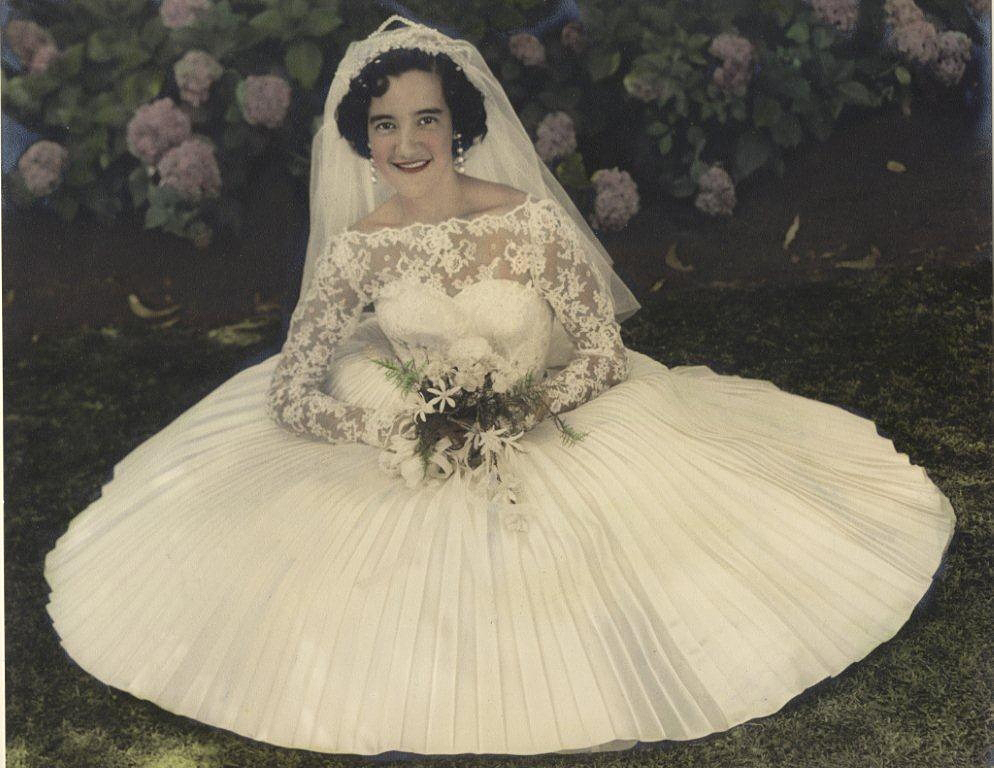 Sharon’s mother back then

Since the reception was taking place at the Tea House in Stanley park, Nohra and I scouted the location looking for gardens with hydrangeas. Guess what? There were none! April is too early for hydrangeas to bloom in Vancouver.  Close enough, the Tea House had a cozy garden at the entrance that could be our backdrop.  Having found the right location, the challenge was again the wind and the cold. We took the picture around 7 pm, it was chilly and the grass was very wet. We put a plastic mat over the grass, arranged Sharon and her dress in a similar fashion as her mom’s back then, and asked Sharon to show us her best “I’m warm and cozy” face.  Sharon was a total trooper. She kept her smile and good disposition until we found the right pose.  I post-processed the picture to making it look close to the original. 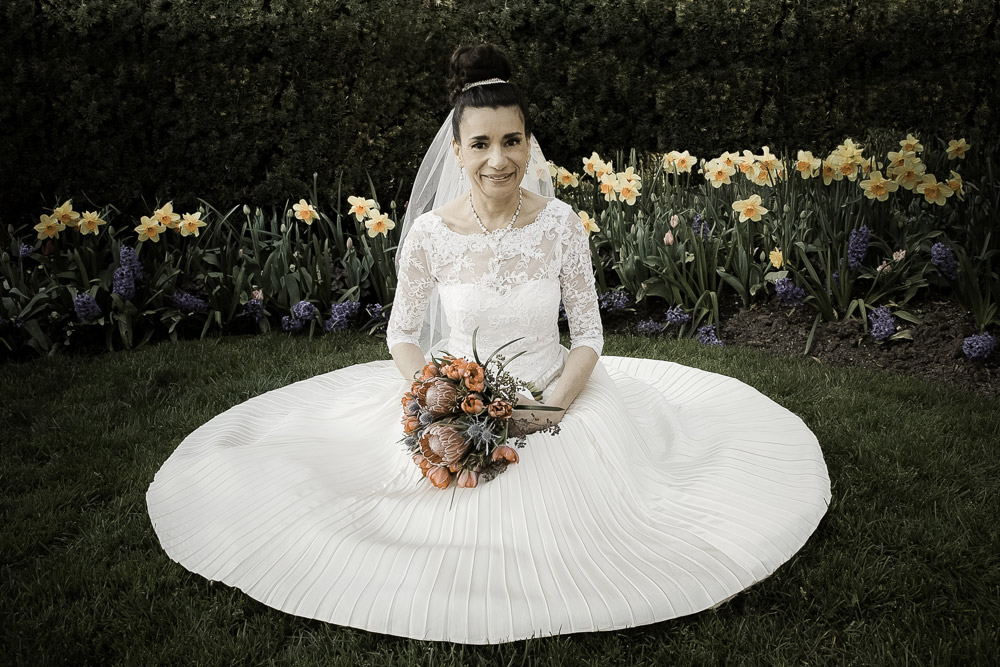 This wedding was full of incredible details. Sharon’s bouquet had the national flower of South Africa, the King Protea.  Sharon’s dress – did I mention it was worn by her mother? – had the buttons of the dress worn by Sharon when she met Craig for the first time. There was a typewriter at the reception for guests to leave messages, which ended up being an antique and “unknown device”  for some of the younger guests!  Sharon also decorated the wedding cake a baked the best tiramisu dessert I ever had.

This is what wedding photography is about! Details, stories and meaningful moments that would be otherwise lost should not have a good photographer to capture them.  It was a honour to be part of this wedding and celebration. We felt like guests and dearly friends at the end of the event. 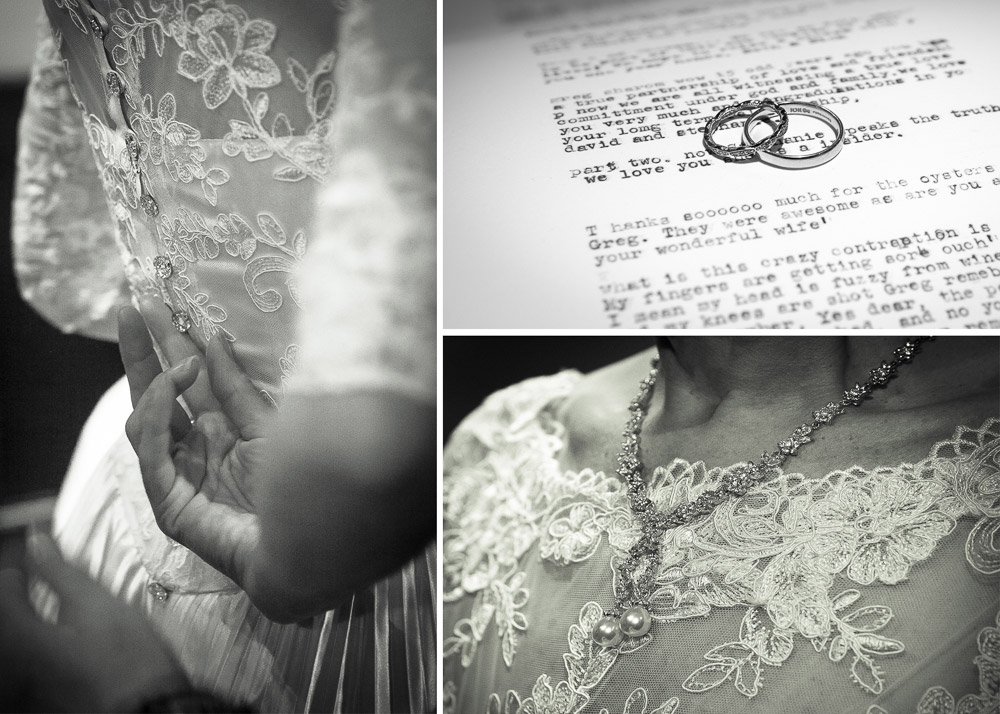 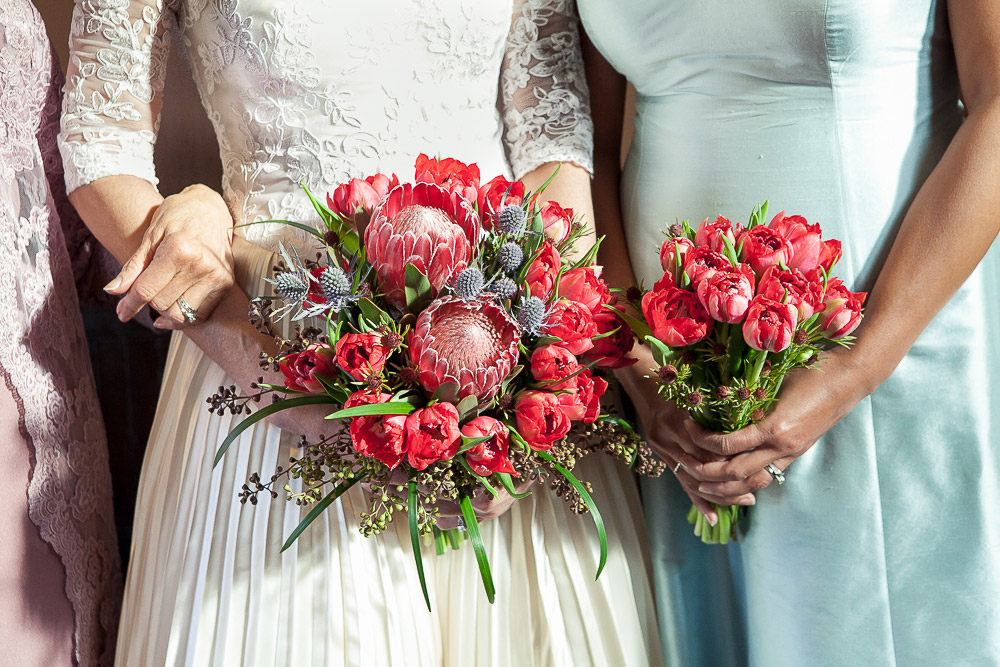 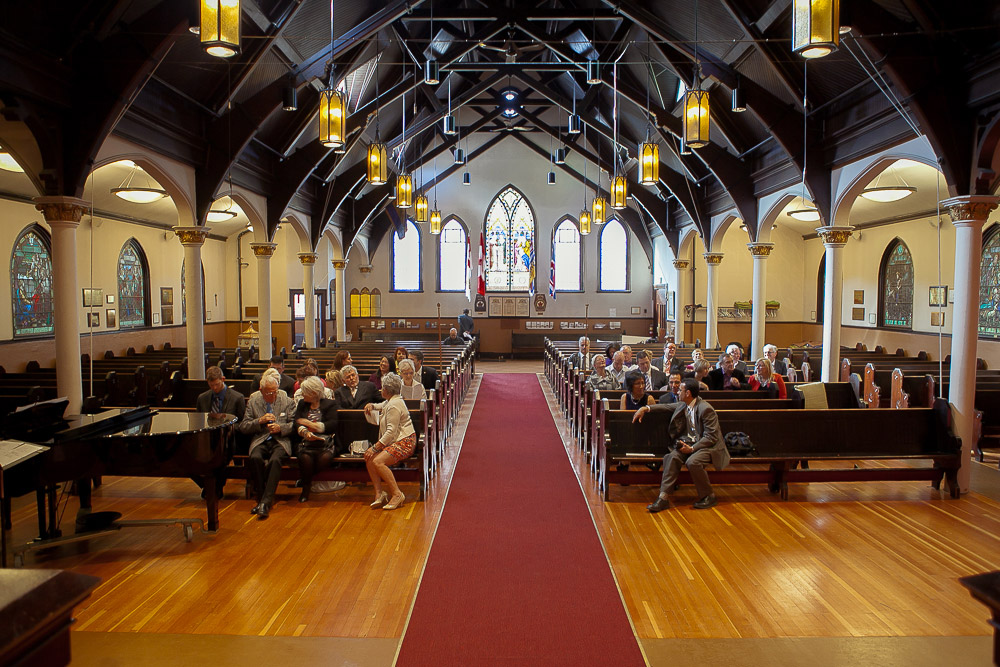 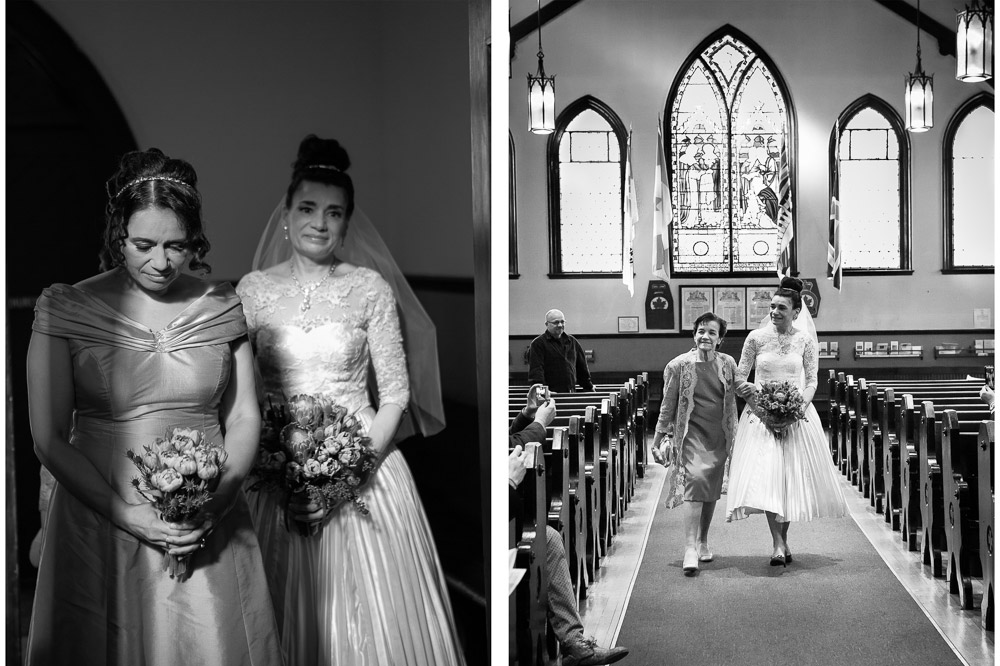 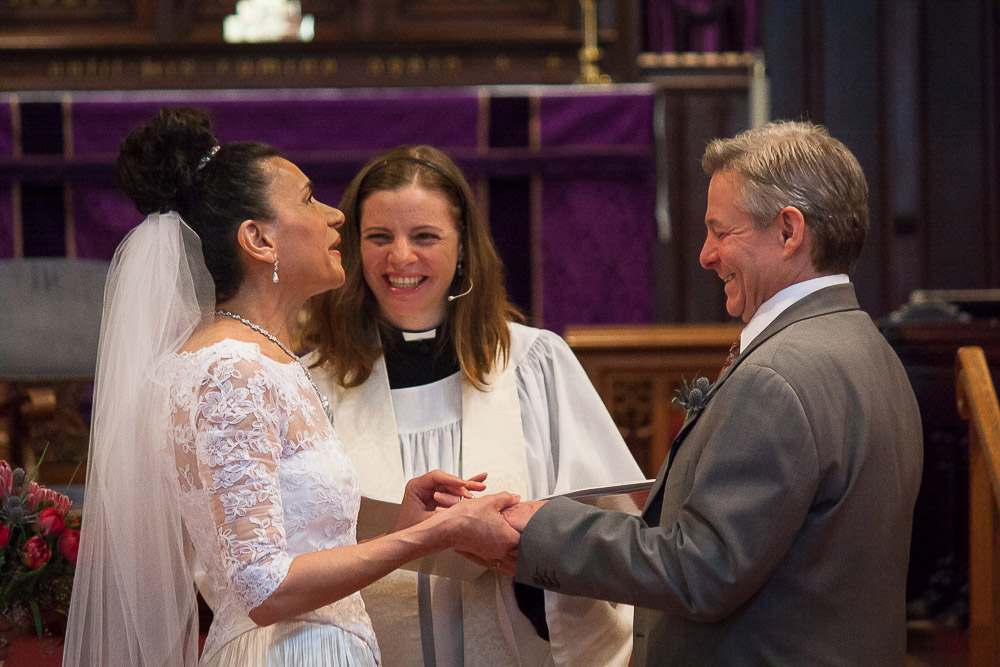 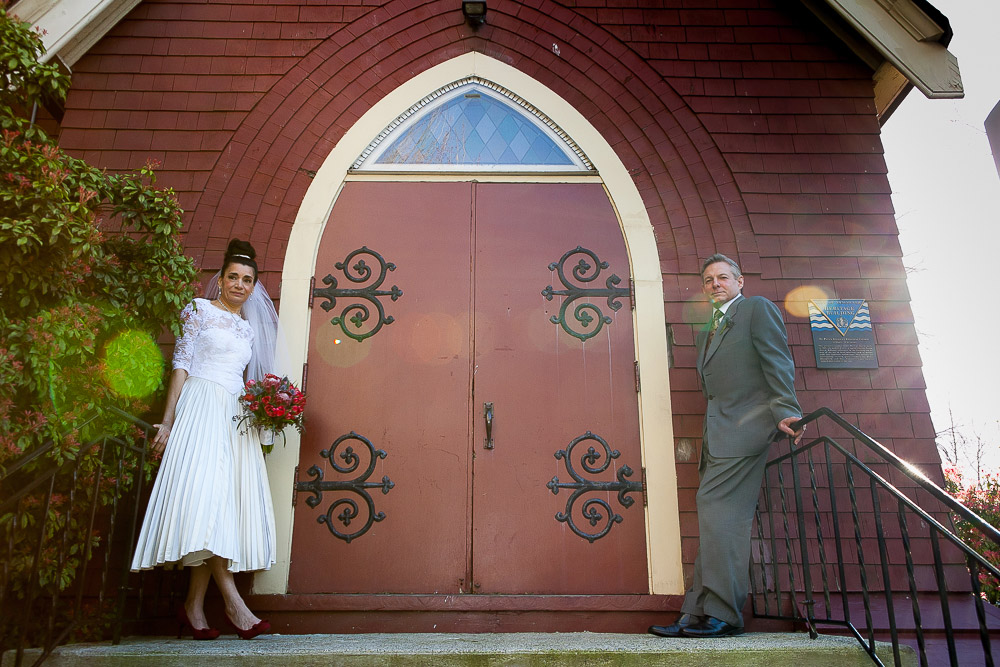 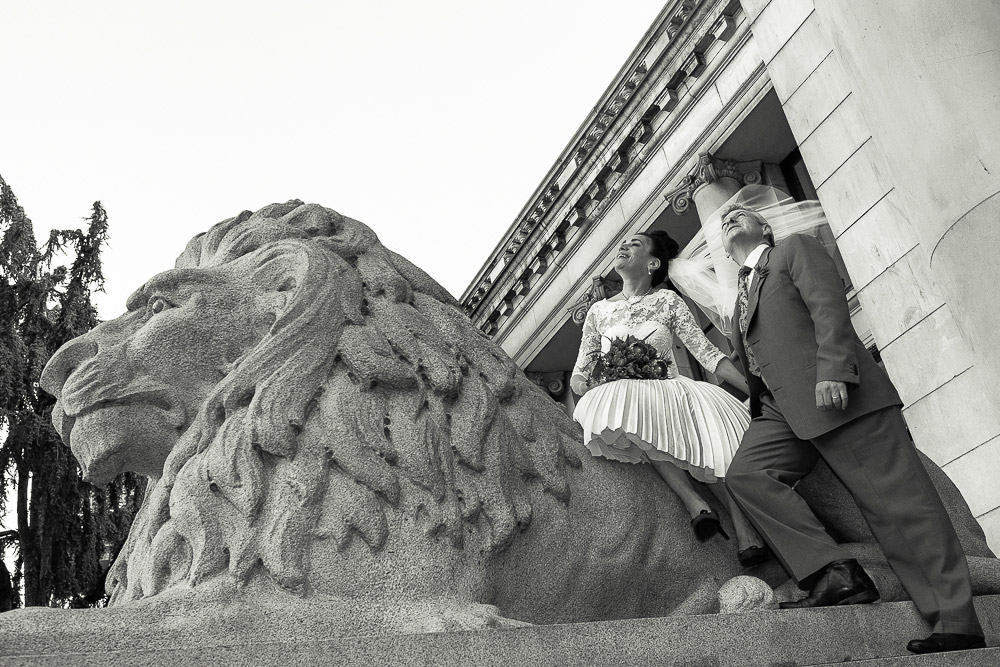 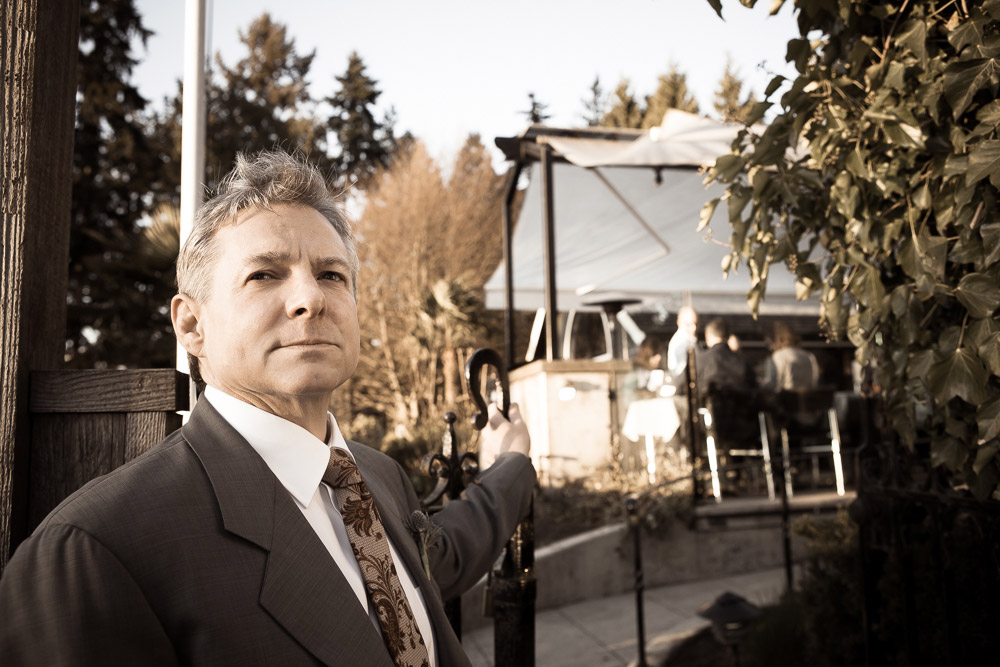 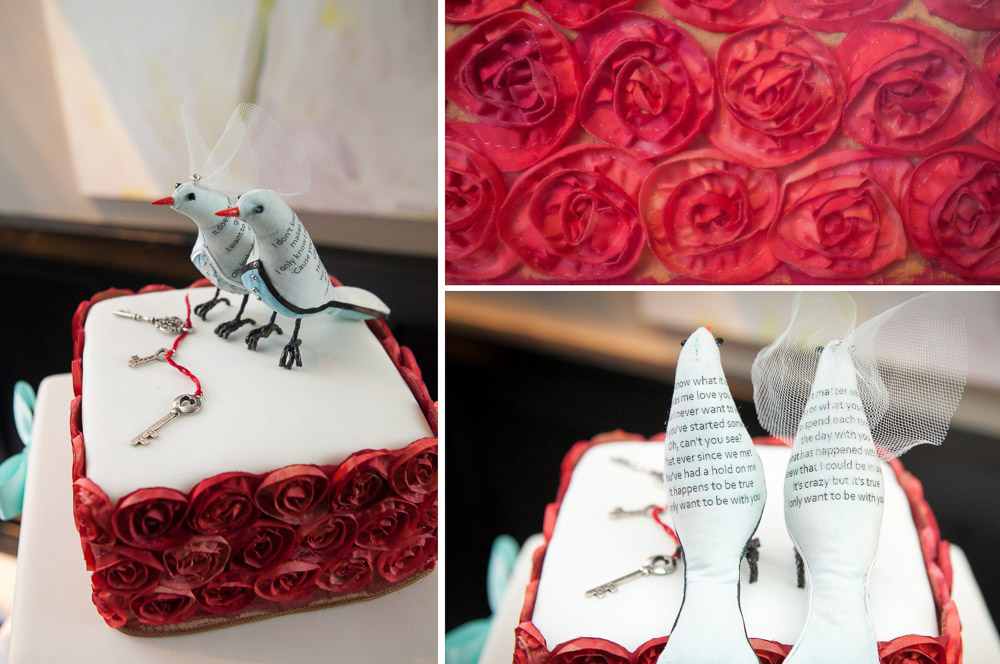